An Australian discovers the joy of participating in a mission trip.

Understand how you can know God personally.

Learn the basics of what Christians believe.

Helping students know Jesus, grow in their faith and go to the world to tell others.

Locate GCM Near You

Equipping families with practical approaches to parenting and marriage.

We believe God puts leaders in positions of influence in all segments of society and in all the nations of the world to fulfill His purpose.

At GCM, we've seen firsthand how digital tools can be used for advancing the Great Commission. Digital allows access to places and people that have never been reachable before, and we want you to be a part of reaching people with the gospel.

It focuses on working in partnership with churches on a non-denominational basis, offering trainings, discipleship, church planting, ministry materials and resources among others.

PRAYER is the heart of Great Commission Movement of Nigeria ministries.

Helping to provide media tools, training, strategies and resources for evangelism in every needed language.

A rural mission trip. Participants will have to share their faith and live among people in Grand Bassa | Lofa | River Cess County.

How we seek to journey together with everyone towards a relationship with Jesus.

What we believe about the gospel and our call to serve every nation.

When the global church comes together then powerful things can happen.

We journey together with everyone towards a relationship with Jesus.

Learn about our national, area and global leadership teams.

Learn about our national, area and global leadership teams.

Learn more about our staff team and what they do

From Mormonism to Christianity 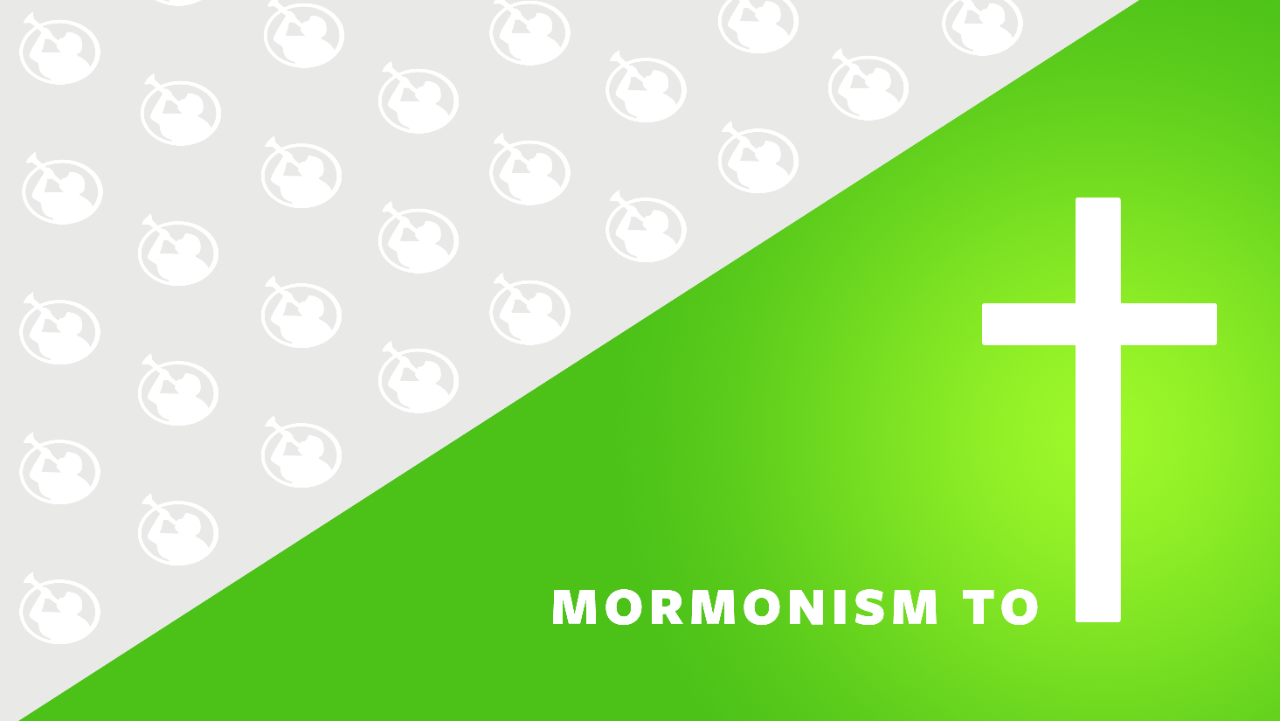 Like many little girls, Lisa Brockman earnestly believed that someday she would grow up to be a mommy.  That belief has come true for the 33-year-old mother of three youngsters: Madison, Keegan and Cole.

But Lisa also believed that someday she would be a god.

Lisa grew up in a place known for its religious significance. The Mormon Church, founded by Joseph Smith, is officially known as The Church of Jesus Christ of Latter-day Saints, or the LDS church. A fifth-generation Mormon, Lisa’s exposure to people with different beliefs was extremely limited.

“It is expected that your social life be restricted to your church and family,” she said.

That culture instilled in Lisa the highest goal: a temple marriage.

“Every Mormon boy and girl wants a temple marriage,” Lisa said. “Because that is the only way you can get into the Celestial Kingdom. There you enter into an eternal family and become a god or goddess.”

Lisa was a high achiever and very active in extracurricular activities. By the time she entered high school, she was becoming an auspicious tennis player. Lisa was later recruited by Brigham Young University, which enticed her with a nationally ranked tennis program. But the summer after her high-school graduation, she decided a university in her home state would provide more opportunities to compete, so she enrolled there instead.

In her freshman year at college, Lisa began dating a Christian baseball player named Gary. In the ensuing months they debated the differences between Christianity and Mormonism.

“We had been dating for about a month,” Lisa said. “One day he started blasting me with things like the authenticity of Joseph Smith’s claims to be a prophet.”

Because Lisa’s faith was grounded in an emotional commitment—what Mormons often refer to as a “burning in the bosom”—Lisa struggled to answer Gary’s barrage of intellectual questions.

“I began to feel like the foundation had just crumbled underneath me,” Lisa says. “For the first time in my life, I realized I had no idea what I believed.”

Lisa describes the next seven months as akin to peeling an onion.

“One layer at a time,” Lisa said. “Gary and I did an investigative Bible study. I also talked to his pastor, while Gary’s family formed a prayer chain on my behalf. Slowly, I started to see little bits of truth.”

One of the more difficult issues that confronted Lisa was the notion that she was sinful and in need of divine forgiveness—a Christian teaching that sharply contradicts Mormon doctrine.

“If you tell a Mormon that he’s sinful that’s about the most offensive thing you could say.”

The significance behind her words is rooted in the Mormon worldview. “As man now is, God once was; as God now is, man may become” is the mantra heralded by this polytheistic religion.

Mormons believe that men and women possess a divine nature inherited from the “Heavenly Father,” thereby rendering us as “gods in embryonic form.” That is, all of us pre-existed in spirit form and are born into this world with a sinless nature. The Christian doctrine of original sin repudiates this deception: Men and women are born with an innate sinful nature and are in need of divine redemption.

“For the first time, I began to see how sinful I was and how holy God is.”

One summer day, while sitting in her bedroom, the skeptical dam finally broke and Lisa invited Christ into her life.

“I just wept,” Lisa said. “When your eyes are opened to the depth of your sin and how desperately you need salvation . . .”

The prayers of many were realized, and God continued to woo her to Himself.

After realizing that Christ had not only forgiven her but is also the only Person who could bring her true happiness, Lisa returned home and resolved to tell her parents about her decision to place her faith in Christ alone for eternal life. Just to ensure that they would keep their composure when she broke the news.

It has been 12 years since that day, and neither Lisa’s parents nor her four siblings have turned away from the Mormon faith. But Lisa and her family have a loving relationship today.

“My parents stayed by my side,” she said. “One of the best ways to engage a Mormon is simply by sharing with them about your relationship with God and what you enjoy [about Him] because they understand God to be hard and impersonal.”

Lisa is quick to point out, however, that the key that unlocked the door for comprehending Christ’s message of love and forgiveness was not purely intellectual argument.

“There were many people praying for me,” Lisa says. For that, she is forever grateful.

A Leap to Faith: Judaism to Christianity

From Buddhism to Christianity

Latest Stories in How to Know God

Why Do I Need a Savior?

Christianity says everybody needs a Savior. But what do I need to be saved from?

Learn the basics of what Christians believe.

©2019 GCML - A ministry of Campus Crusade for Christ International. All Right Reserved.